If you were asked which clothes make you feel good about yourself, I wonder how many of you would answer Lycra leggings, or Yoga pants?  Perhaps not top of your feel-good list and yet, for a large number of people during lockdown, these have been the staple wardrobe item. As many of us started new fitness routines, dusting down our PE kits to head out for a run, or to join Joe Wicks or practice online yoga our daily uniform has perhaps become more leisure-based. As a yoga teacher who spends much of her time wearing ‘leisure wear’, I’ve been looking into the history of this modern day uniform and questioning its influence on our body confidence. 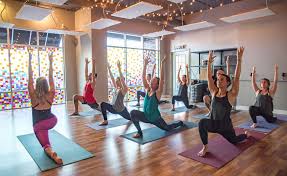 The leisurewear industry is huge, and many items including yoga pants and running shoes have now transcended their sport, blurring the lines between the activity and everyday wear. Lockdown in turn has blurred the lines even more as many of us work from home and work uniforms and office-smart clothing are no longer required. (Except of course from the waist up when on Zoom meeting calls. In fact I heard a story recently about a friend of a friend who joined her early morning Zoom meeting with her CEO and senior management team wearing a smart top and just her knickers as she sat at her home office desk. Half way through the call her older child came running in to say his younger toddler brother had managed to open the front door and leave the house. As any mother would, she flew out of the room, knickers and slippers on full show to all attendees).

Going back to yoga pants; In 1997 retail entrepreneur Chip Wilson walked into a yoga class to help ease his back pain and saw his instructor in a pair of dance leggings.  Lululemon was born a year later.  But what fuelled this industry and the demand for tight leggings in a huge range of colours and designs? And do we need yoga pants in order to practice yoga?

Traditionally, yoga was practiced wearing very little at all, often just a loin cloth in what was originally a very male-orientated discipline. The physical postures or asana which are the basis of what many of us know in the Western world as yoga are just a small part of the traditional practice of yoga which includes meditation, chanting, philosophical studies, breathing practices, dance and much more.  Yoga was introduced to the West in the late 1800s and it drew curiosity from both men and women, yet today its popularity lies very much among female practitioners. One reason may be that women are drawn to the calmness and self-inquiry which yoga brings, another perhaps is that in the era that it was first introduced, it was not considered ‘manly’.

Its popularity grew especially in the US where the first female-owned yoga studio was opened in 1913 by Blanche Devries.  She taught affluent and influential clientele and continued teaching until 1982. Indra Devi, was born in Latvia, fell in love with yoga and moved to India. She was taught by the ‘father of modern yoga’ T. Krishnamacharya and went on to introduce Yoga to stars, including Gloria Swanson and Greta Garbo plus beauty specialist Elizabeth Arden. Yoga met Hollywood and the West embraced yoga. 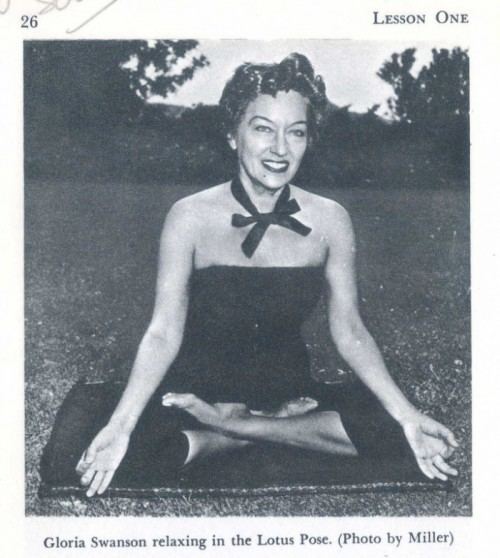 Yoga continued to grow in popularity as its benefits were cited on both a physical and spiritual level. Whilst the spiritual side of Yoga was explored in the 1960s, with the Beatles being credited for popularising meditation after their visit to Rishikesh, the physical elements of yoga were drawn under the umbrella of fitness which was beginning to boom as an industry. Yoga appealed to women in particular apparently due to its gentle and spiritual nature and was gradually reconstructed, as the fitness industry grew, into its myriad of forms which we know today from Hatha Yoga to Hot Yoga, Power Yoga to Paddleboard Yoga (not to mention Rave Yoga and Nude Yoga). 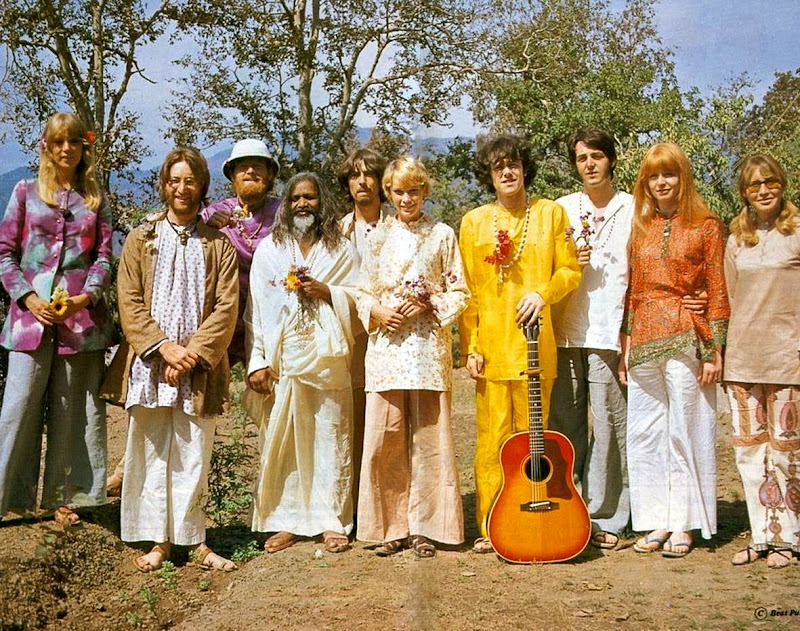 With the opening of the first Lululemon store in 1998, there was a huge shift in the popularity not just of practicing yoga, but of what was worn to the class. Yoga Pants were born and became the uniform of yogis and non-yogis alike.  Made from durable, flexible and washable materials, yoga pants are practical and have bridged the gap between fitness and day wear.  Yoga clothing has become a commodity. We probably wouldn’t choose to exercise in jeans, but do we have to wear leggings?  During lockdown, online classes have proved hugely popular, and one of the reasons many have given is that they can take the class without having to think about what they are wearing. From pyjamas to the saggiest oldest leggings, in your own home, with no one watching, what you wear on your mat is down to you and your own comfort.

Around the same time as Lululemon took off there was a huge focus on ‘body image’ and the ‘yoga body’ with celebrities such as Madonna showing the world how yoga could ‘transform’ our bodies. Social media and magazines began telling us what we should aim to look like, what we should strive to be, what we need to change in order to be better. 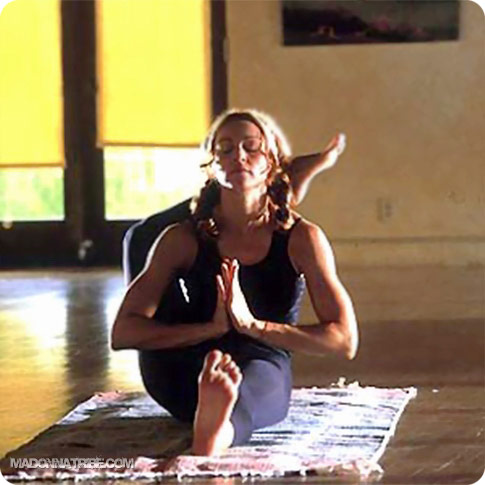 Most adverts for leisurewear paint a very specific picture of ‘fitness’. Flexible, slim white young women are used disproportionately in advertising and social media for fitness and wellbeing - this needs to change. Yoga is for every body, whatever your body size, your colour, your age, your level of fitness.

So here we are now, blinking our way out of lockdown and venturing back into the world, maybe in our lycra or maybe not. But as you venture back out, perhaps take a moment to reflect on the words of Yoga teacher and public speaker Dianne Bondy who reminds us,

“No matter who you are or what you look like, you are enough. Don’t let anyone tell you your body has ‘figure flaws.’ That would mean there is such a thing as a perfect body. The perfect body is a beauty myth. We are fortunate to have mother nature create a body that is perfect for us.” 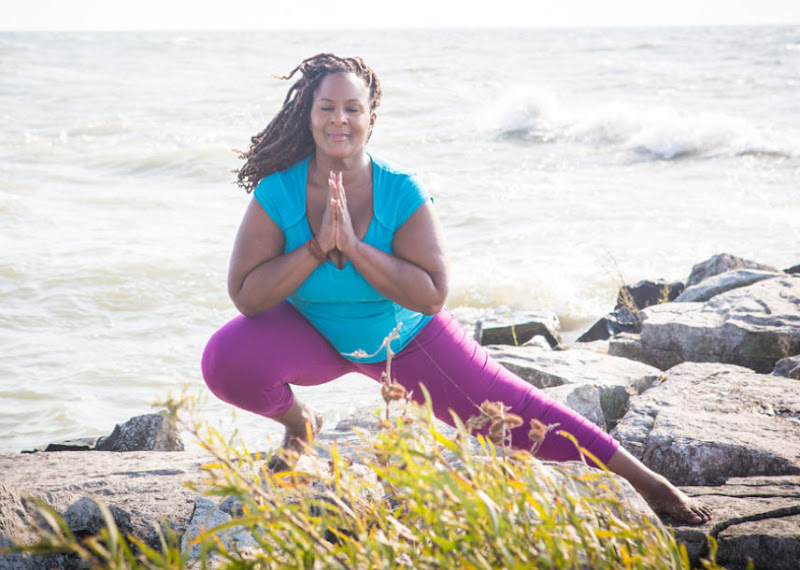 Annabel is a Yoga Teacher with almost almost 20 years of experience and 6 years of teaching. Since lockdown she has taught classes online and is now running outdoor sessions too. She offers 1-2-1 and corporate sessions as well as yoga for sports. 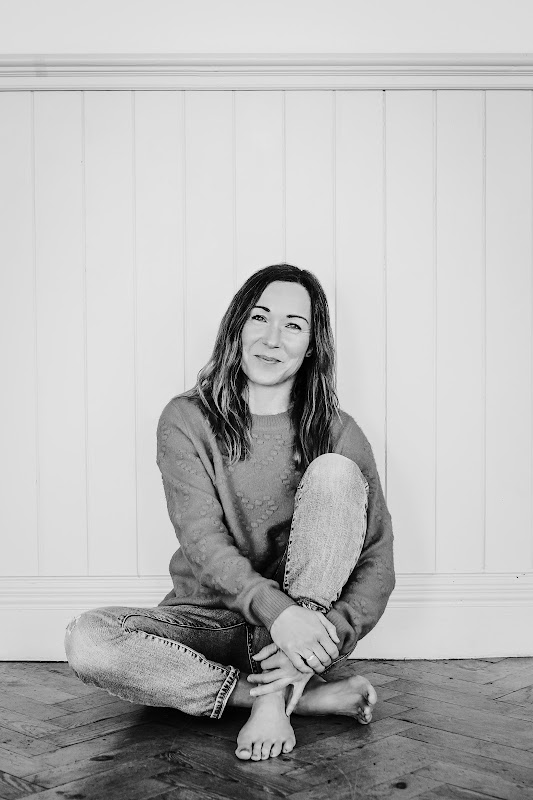